The second youngest beaver sibling, Meroon is a cheerful beaver girl who is completely unafraid of humans and often travels to Raftfleet to play, sometimes with Lun. She doesn't like to travel to Lordlake, though. Meroon is the one person her younger brother Moroon does not cross. After Beaver Lodge burns down, she wants to find Moroon and tell him. The Prince stops by, and knows where to find him. She comes with him to talk to Moroon, and the beavers return home. Moroon decides to join the Prince's army, and Meroon comes with him.

Meroon makes the beaver sound "Nuoooh!", although Muroon tells the Prince that it doesn't really mean anything. She makes this sound all the time, and many people, like Josephine and Faylen, mistake it as a sign of happiness.

After the war, Meroon is put in charge of returning her wayward brother Moroon everytime he tries to live the life of a wanderer, a job she really enjoys. - Matt620 (article), Basel (image) 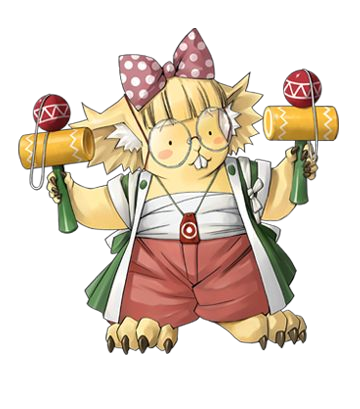