A traveling performer from [Zelant], she and Ernst, her leopard companion, outwardly, seem like any other traveling performer trio. They make their living from doing shows, where Norma shows off how intelligent Ernst is by having an animal solve arithmetic problems.

However, in truth, Ernst is the recipent of a terrible curse. He used to be a human, but after he and Norma searched some ruins, he came to bore a cursed Beast Rune (not to be confused with the Beast Rune that was a True Rune) and was forced to stay in leopard shape. To break this curse, the two of them set out to find a wizard strong enough to break it. Hearing rumors that there is such a wizard in Falena, they came there.

Norma travels to Stormfist and the Sacred Games, hoping to make a lot of Potch there. However, due to the immense popularity of the games, she is only successful before the Games start. She meets the Prince, but doesn't find her wizard. She travels to Raftfleet afterwards.

The Prince shows up with Levi later, and he agrees to help the two, starting by researching the rune. Since he wants the two to stay close by, they join the Prince's army.

Norma is absolutely devoted to Ernst and breaking his curse. She tries to do everything she can for him. She knows that Ernst likes sweets, and since the only time he can taste sweets is when he is human on full-moon nights, she makes a lot for him to eat. Initially, she wasn't that good at making them, but she tried really hard and became much better.

After finding Levi, Norma is disappointed that Levi doesn't seem to be doing anything. However, after the war ends, Levi tells Norma to take him back to where Ernst received the rune, and the three of them travel back to [Zelant]. - Matt620 (article), Basel (image) 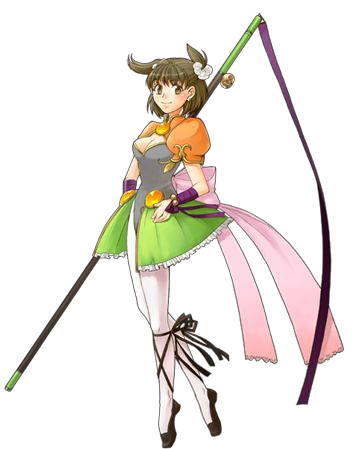