Nicolas is a strong, silent warrior who fights with an axe and shield. He doesn't lose his cool in battle, which makes him a useful asset to Duke's Fourteenth Unit of the Harmonian Southern Fringe Defense Force. Originally, he worked for Duke's father, however, his former master died. Before he died, though, he told Nicolas to take care of his son, and he does just that, as the loyal person he is. What is notable is that he is the only member of Duke's unit who apparently does not harbor any resentment towards Geddoe's unit of any sort, and takes all the chances he can to apologize to Geddoe for his comrades less-than-polite behavior to the Twelfth Unit. - KoRnholio 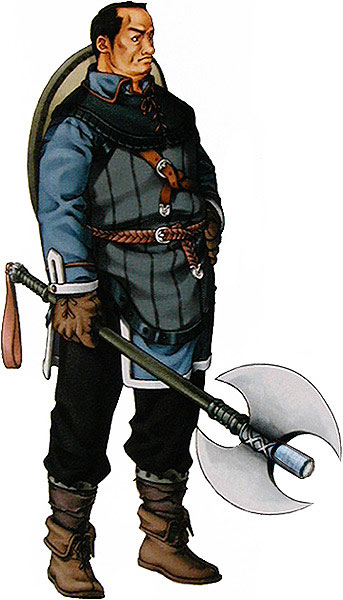