Once Vice-Commander of the Barows garrison under Euram Barows, Norden is now a drunkard who spends most of his time in Rainwall's tavern getting completely plastered.

When Lucretia wanted to learn the truth about Salum's involvement in the Lordlake uprising, she enlists the Prince to talk to Oboro. Norden is the person that Oboro has Shigure and Sagiri tail. Sure enough, the two investigators notice that Norden is being watched by a thug who reports directly to Salum. Oboro's crew takes a completely sloshed Norden to the ruins of Lordlake, and the sight horrifies him. He agrees to tell Oboro what he knows, but needs a little time to get his head together and sober up.

When it is discovered that Lord Barows hid the Dawn Rune in his basement, Norden comes and shares his entire story. As it turns out, the initial reason for the mob gathering was to protest against Lord Barows. Lord Barows had a dam built, but it failed and construction was abandoned. However, the debris washed to Lordlake and damaged their water. The people were angry, and Lord Rovere was trying to calm them down. In a panic, Euram orders the Barows garrison to attack. Although Norden did not agree with this, he could not go against his commander's wishes. But the mob was too fierce, and in the end, the Barows garrison was routed. In retailiation, Lord Barows ordered that some of the garrison disguise themselves and incite the rioters to attack the East Palace. Norden did not go with those rioters, but with the Dawn Rune found in Salum's basement, it is clear what his intentions were.

After Norden delivers his story, he goes to Raftfleet, where he meets the Prince again. He thanks the Prince for the opportunity to come clean, and the Prince recruits him.

Norden was married once. After he was fired and became a drunken lush, his wife left him, not knowing anything about the reasons why. But, during the war, Norden decides to try and look her up. After the war ends, Norden works to restore Lordlake back to it's former glory, and meets his wife again, whom he remarries. - Matt620 (article), Basel (image) 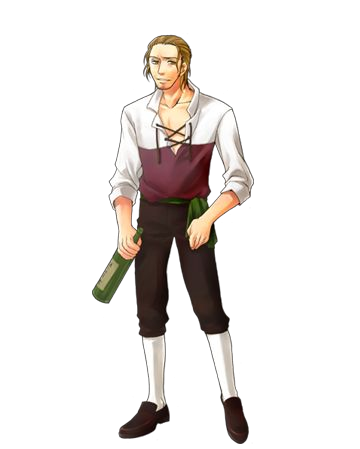