Wan Fu is a polearm fighter whose friend was killed a long time ago. After it happened, he got a tattoo, the last work of a famous tattoo artist, on his back as part of a vow he took to exact vengeance on his death. His travels took him to Budehuc Castle where he joined the Fire Bringer for a short while, then departed again on his quest. He is known to be able to eat and drink very large amounts at one sitting. Perhaps that is the reason he is in financial ruin. - KoRnholio 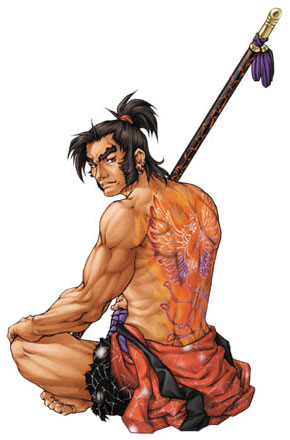