With his Demon Wolf headdress and bare-knuckles fighting style, Gau is easily the most monstrous of all the characters. He lived his entire life alone in nature until his encounter with Lazlo. When Lazlo beats him in a fight on Hermitage Island, his respect for his strength is such that he decides to join. Gau is one of the best fighting characters in the fame due to his incredibly high HP and Strength. Since he also has exceptional Speed, there's really no reason to leave him out of the main party. - Reo 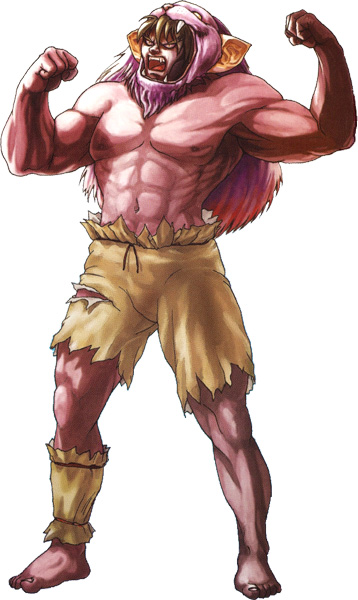