A high-culture, narcisstic woman, Josephine dwells in Haud Village with other "cultured" people. Josephine considers herself a fashion diva, and only desires the company of other fashion divas, so that, as professional rivals, they can inspire each other and make greater clothes. Initially, she searched through the artist town of Haud, but did not find what she was looking for there. Josephine meets her fellow fashion diva when she meets Lady Sialeeds, and the royal comments that she designs her own clothes and has tailors make them to her specifications.

Josephine's idea of great clothes, other then her own gowns and parasols and Sialeeds's attire, mimic the outfits of monsters, such as Holly Elves and Creepers.

Josephine's past is revealed when Shula Vayla, an Armes cavalry commander, comes to meet her. Her real name is Yuma, a name she despises, and she is Shula's younger sister, the eldest daughter of the Vayla household. Josephine does not like her brother, because he is such a success and she is always in his shadow. Thus, she tells Faylen to enjoy her oafish younger brother, because she can, at the very least, ignore him. Josephine is glad, however, that her brother is a better brother then Euram is, and pities Luserina for having such a foppish relative. - Matt620 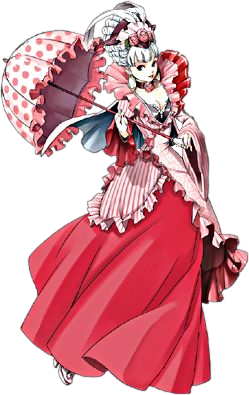