A Maximillian Knight, Isabel is a skilled and strong woman, worthy of calling herself "The heir to the Maximillian Knights aspirations." Together with her servant and comrade-at-arms Mathias, she works to eliminate evil no matter where it lays. She initially came to Falena after hearing a rumor that the Prince was a rebel and was raising arms against his little sister. In Falena, she came into contact with Euram Barows, who offered to arrange a meeting so she could defeat him. However, Isabel asked around, and learned that the rumors she heard were false. She turned on Euram, and he fled.

Despite her brash tendencies, Isabel has some sense about her actions. She believes that evil must be destroyed, but violence is the most evil thing of all. Every time she swings her sword, she must take more evil out of the world then she is putting into it. - Matt620 (article), Basel (image) 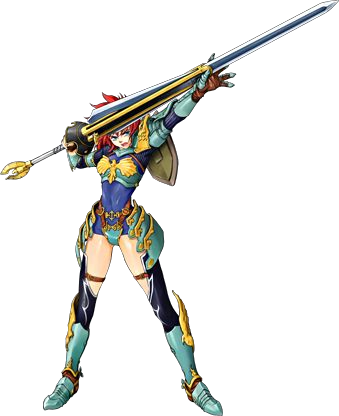