A retired merchant, Sairoh was known, in his prime, to be an extremely powerful and skilled merchant who sold arms to both sides of a conflict and even hired out mercenaries. He retired many years ago. Many people thought it was because the rumors were getting to him, but many speculate that is has to do with Sairoh's son and daughter-in-law dying, and being the only person left to raise their child, Shinro. Although retired, Sairoh kept his eyes on the trade business. One time, he noticed the price of salt increasing rapidly. Since salt is a necessity of life, that would create a serious concern among the people He asked the Prince, who was in the shop at the time, what he would do at a time like this. The Prince responds by selling salt to bring the price down. Impressed at the royal's business savvy, Sairoh decides on one last business hurrah. Sairoh helps supply the Prince's army during the war, and retires soon after the battle ends. He spends the rest of his days drinking with a fellow retiree, Raja, and checking up on Shinro's business. - Matt620(article), Basel (image) 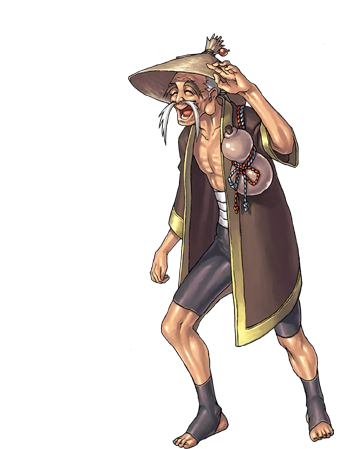