A young bandit on Mount Ranryo, Faylon is the older brother of Faylen and assistant to the Bandit Prince Roy.

When the real Prince shows up, Faylon thinks he is merely Roy until Faylen spots the truth. But the Prince beats him, and goes after Roy. Faylon defends Roy after he is beaten, stating that Roy was put up to what he did by Euram Barows. Sialeeds thinks of a clever plan to trick Euram and gets Faylon to go along as a condition of his pardon. With the real Prince, he pretends to attack Sialeeds, Lyon, and Dinn, so that Euram will come to the rescue. But Faylon turns on Euram and fights with the Prince.

After this, Faylon is pardoned, provided he returns the things he stole, which he agrees to. He returns to the mountain to begin returning the things, but Faylon actually doesn't help move it, so it takes far too long with Faylen doing it alone. The Prince and Roy show up, and help him return it. Grateful, he joins the Prince's army.

Faylon knows that Faylen wants him to be a better older brother, but he's not exactly sure how to do that. He asks Maroon and Muroon for advice, since they have two little sisters, but since beavers age quicker then humans, they aren't going to be much help. He is suggested to ask the Prince for advice, but he can't because he doesn't believe he can be as good an older brother as the Prince.

Muroon gives him a wonderful idea though. Ask Luserina about her brother Euram, and whatever Euram did, do the opposite. Roy acts like the junior member of the three bandits, despite the fact that he is the oldest. Initially, the Bandit Prince plot was to have Faylon dress as Georg. But Faylon was too large and the costume ripped. - Matt620 (article), Basel (image) 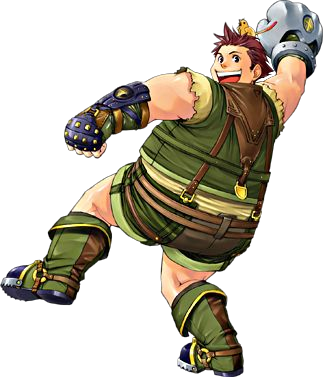