Anita studied under Roundier Haia, is one of the bearers of the Falcon Rune, and is a rival of Valeria. She has fought duels with Valeria eleven times before, but she has won only once. She claims that she could beat Valeria in everything other than swordplay, but even that is questionable.

She is known to have a penchant for drinking heavily and sleeping around. It is unknown if she picked this up while in [Kanakan], which is known for its wine. - Blue Moon 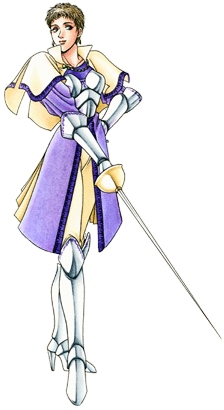