A debt collector, Rachel has chased her current target, Cedric, from place to place, finally catching up to him on Obel after it was liberated. She accompanies Lazlo to make sure Cedric won't steal again after Lazlo compensates Cedric's bills. She is known to have a crush on Cedric, and has real high hopes for Eugene as a fighter. After the war, she chases Cedric again, making sure he never runs up a debt.

Much later, she will catch up to him in Merseto, and following the help of Kyril in catching him, she will join (along with Cedric) his entourage, in order to keep an eye on him. - Matt620 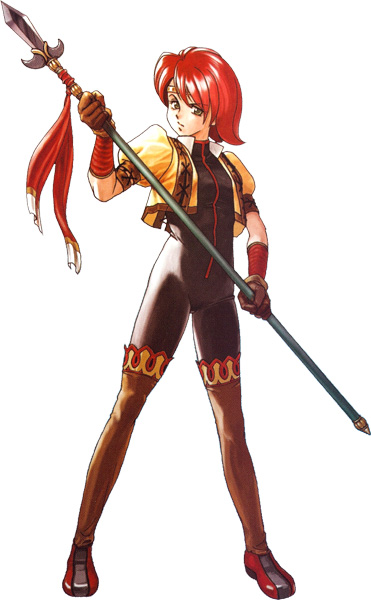