Bartholomew, a quiet man, has been on the run from the Kooluk since he attacked a ship of theirs during the occupation of Iluya, gaining a 100,000 potch reward on his head. Hiding in a house in Nay, he was found by Lazlo, and was convinced to help fight.

He generally avoids people, but on Lazlo's ship, but beign an animal lover, he developed the hobby of carving small animals out of wood. Interested in the trade, he asks Gareth about it, but seeing the standards of the trades, decides to keep carving his own way. After the war he leaves for Falena, in search of a fight. - KoRnholio 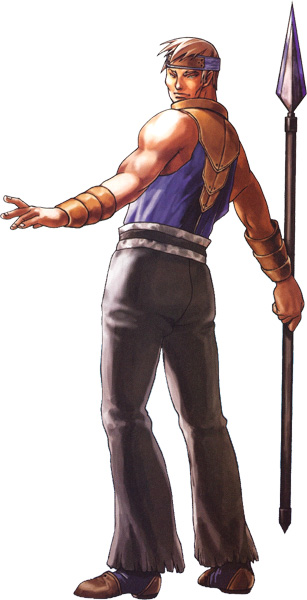